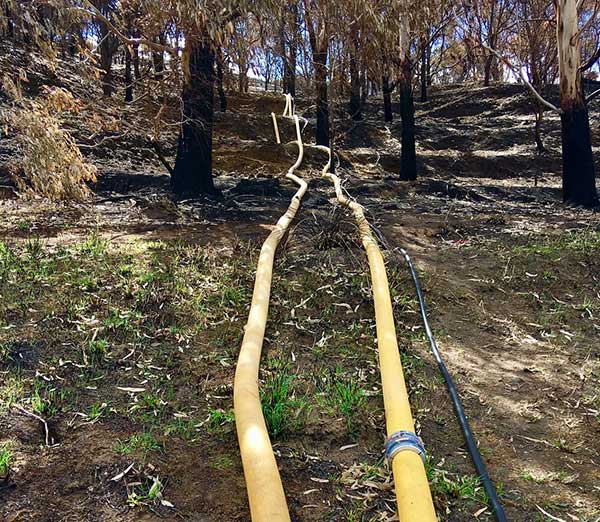 Thankfully Pete had nothing to do with the peat fires in Victoria earlier this year.
Although the peat fires initially caused some challenges to extinguish them, the CFA Hytrans hose layer and the Scoresby team (who may or may not include Pete) were called out to provide bulk water to assist extinguishing the fires.

The first was in place for almost 3 weeks to deluge the peat fire that was threatening the main gas line from Longford to Sydney.

The second was just far enough inland form the coast where there was no water available except from a local creek. The deployment was in place for 1 week with a great result.
And Sydney still has gas, but not from Pete.

The common learning by the CFA Scorebsy Hose Layer team is that large diameter hose and water access over long distances are often the best way to manage large fires.