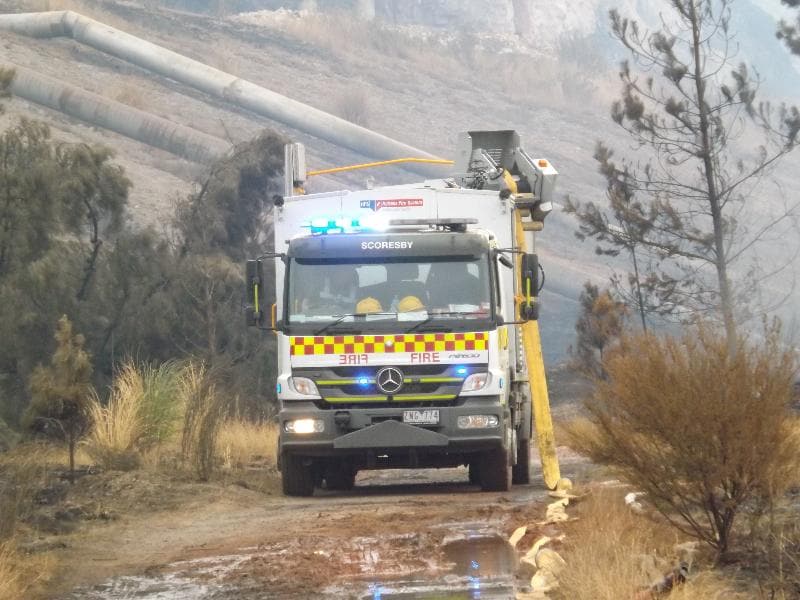 The CFA used the Hytrans Hoselayer from CFA Scoresby Fire Station at Somerton, Victoria to deploy 3 lays of large 100 mm diameter hoses to fight a waste pile fire. At 2.30am on November 20th 2015 the waste pile was struck by lightning and caught fire. The towering mound of wood and other possibly noxious materials threatened to burn for multiple days and cause significant air pollution for nearby communities. It was estimated to be 20 metres high by 80 metres wide and had been operated illegally with the EPA and the City of Hume Council pursuing the owners through the courts in preceding months. Large amounts of water were needed to extinguish the fire, and the hoselayer quickly deployed a total of 2,300 m of large diameter 100 mm hose. Powered by multiple fire brigade units over 12,000 lit/min water were pumped to the site to feed aerial and other monitors for 7 days. The CFA sourced water from hydrants on the other side of the Hume Highway across from the blaze, a considerable distance from the fire, so the many lengths of large diameter hose were essential .